Everything you ever wanted to know about headsets, Oculus, Magic Leap, and simulator sickness. 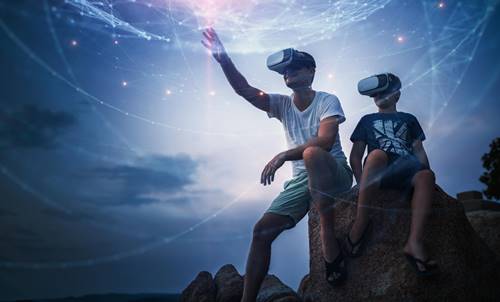 All hail the headset. Or, alternatively, all ignore the headset, because it’s gonna be a dismal failure anyway.

That’s pretty much the conversation around virtual reality, a technology by which computer-aided stimuli create the immersive illusion of being somewhere else—and a topic on which middle ground is about as scarce as affordable housing in Silicon Valley. VR is either going to upend our lives in a way nothing has since the smartphone, or it’s the technological equivalent of trying to make “fetch” happen. The poles of that debate were established in 2012, when VR first re-emerged from obscurity at a videogame trade show; they’ve persisted through Facebook’s $3 billion acquisition of headset maker Oculus in 2014, through years of refinement and improvement, and well into the first-and-a-halfth generation of consumer hardware.