The main objectives of the project LIKE were the protection and restoration of biodiversity and the promotion of ecosystem services, while the project CLAUSTRA + is the cross-border destination of cultural and green tourism Claustra Alpium Iuliarum which covered a set of activities for the development of a unique tourist product CLAUSTRA. 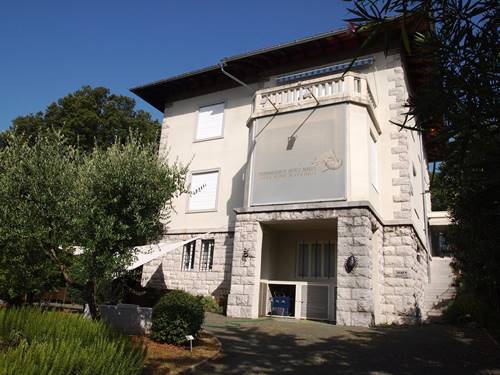 The Natural History Museum Rijeka successfully completed the active implementation of two European projects, LIKE and CLAUSTRA +, financed by the Interreg V-A Slovenia-Croatia Cross-border Co-operation Programme in the financial period 2014-2020.

The main objectives of the project LIKE were the protection and restoration of biodiversity and the promotion of ecosystem services, through the establishment of a joint management programme and effective monitoring of the status of Natura 2000 karst border areas, with the application of innovative mechanisms for involving recreationists, volunteers and recognised target groups in management systems, and ensuring sustainable development of economic potential of the area.

The project was implemented from 1 September 2018 until 29 February 2020, whereby the Museum used 1.202.632,00 HRK, of which the European Union co-financed 85%. Through this project, for the purpose of research and protection of various plant species, the museum has acquired equipment and a special part of the museum's botanical garden has been arranged and equipped.

The educational program “Natura 2000” has been designed and implemented in the Museum, within which on-line materials are prepared and more than 40 workshops have been conducted in the Museum and outside it, and educational and entertainment facilities about the Natura 2000 network are now available to visitors on touch-sensitive screens.

The project established a cross-border consortium CLAUSTRA in which all important stakeholders are involved and connects local economic operators. Raising the attractiveness of THE CLAUSTRA destination was realised through active protection and increasing accessibility of archaeological remains and their active interpretation.

Apart from several Slovenian partners, the Croatian restoration Institute, Primorsko-goranska County, the Maritime and historical Museum of the Croatian littoral of Rijeka, TZ Kvarner and the Natural History Museum Rijeka participated in this project.

Through the project CLAUSTRA, museum procured the necessary equipment and conducted field research on the basis of which a study of the vegetation model of our area in ancient times was made.

Over 50 educational events were organised, which included lectures, workshops and tours in the museum and on the ground, and the Roman night event in nature took place twice.

The Botanical Garden of the Museum also houses an open didactic info-point Roman garden with plants used by the Romans and which used to grow on the wall of Claustra.

A large travelling exhibition on plant species important for the lives of ancient Romans and Illyrians “On both sides of the wall,” which was a guest appearance in Ljubljana, was also realized and was then opened in Rijeka.