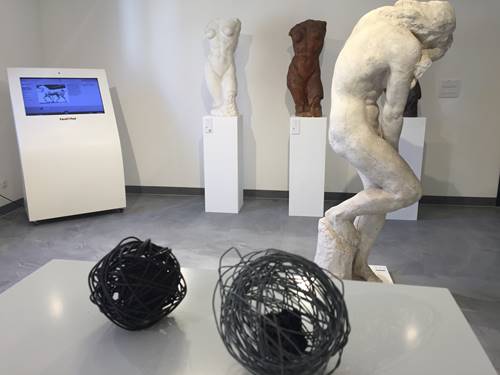 It is a facility with a closed and open museum depo, restoration, jointing and photography workshop, space for occasional exhibitions, digital catalogue and archive and multimedia multipurpose hall. The new studio will enable work with different user groups including people with disabilities.

Minister of Culture dr. sc. Zlatko Hasanbegović stressed that the newly opened facility, i.e. the project that led to its renovation, could serve as a “model example to other Croatian areas,” noting that “it is particularly important to recall the fact that investments in Croatian culture, particularly in cultural heritage, will never again be viewed only through the redistribution of limited funds from the state budget, but also through the ability to use EU funds.”

He added that, unfortunately, these funds have been limited lately, but they are not negligible. He also pointed out the possibility of securing financial resources through other projects, i.e. by connecting business models, tourism and culture.

Hasanbegović assessed that Studio Gallery Antun Augustinčić is a representative area, thus giving Klanjec a cultural point which strengthens the city and the county on a map of exceptional tourist and cultural destinations in Croatia.

Nadica Jagačec, the acting director of the Croatian Zagorje Museum, stressed that the opening of the new studio comes in the year of the 40 th anniversary of the Antun Augustincic Gallery and thanked everyone for their cooperation, especially the Ministry of Culture, which secured half a million kuna this year for the realization of the project.

Goranka Horjan, the director of the Ethnographic Museum, then a museum advisor to the Croatian Zagorje Museum, who initiated the entire project, stated that the newly opened facility shows that the European Union is investing in our future.

Studio leader Božidar Pejković said that thanks to the newly opened area, the Gallery can finally unite all its activities outside the permanent exhibition. “Now we can adequately preserve the legacy of Antun Augustincic,” Pejković argued.